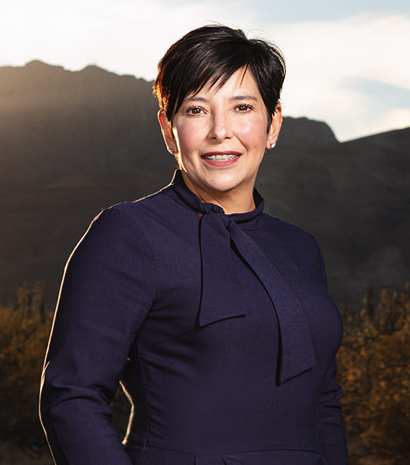 Angelica B. Carreon-Beltrán began her legal career in insurance defense before moving on to commercial litigation. As she gained experience, she realized she had a desire to help people in need and those experiencing crises. Angelica shifted her focus to family law and went out on her own, starting the Law Office of Angelica B. Carreon, PC in 2003.

With the opening of her own office, Angelica also began practicing commercial litigation and federal criminal defense law. The diversity of her practice requires a balance of empathy, creative strategizing and extensive knowledge of state and federal law. After six years of being on her own, Angelica merged her practice with her husband’s practice, the Beltrán Law Firm, PC in 2009.

In her free time, Angelica enjoys doing outdoor activities with her husband, children and dog. She likes to work out, support the local professional soccer team, travel and spend time with extended family and friends. She is also a PTA member at her children’s schools.

A graduate of St. Mary’s University School of Law, Angelica is the first in her family to become a lawyer. Before attending St. Mary’s, she graduated from the University of Texas at Austin with a B.S. in economics. Angelica is an El Paso-native and a graduate of J.M. Hanks High School.

U.S. District Court for the Western District of Texas

U.S. District Court for the District of Colorado

U.S. District Court for the District of New Mexico